According to the author's experiments in recent years, the use of bud grafting method to cultivate litchi grafted seedlings, grafting survival rate is high (more than 75%), short cycle time (from sowing to the nursery only one and a half to two years), the cost is low. This seedling technology is introduced as follows.
1 Sprout cultivation Sprout cultivation refers to the seedlings of the seeds before they have been completely consumed after germination of the rootstock seeds. It is also called germ. The large nuclear seedlings were used as rootstock seeds (small seed seedlings are not strong enough to be grafted and the survival rate is too low to be selected). Seeds are sown at the ripening of litchi from the beginning of May to July, the seeds are germinated in the sand bed, and the seeds are sowed after about 3 days. Dew white, sowed in nutritional bags, 1 bag per bag. The nutritional bag size is 12cm17cm, and fertile loose mud is used as nutrient soil. Keep the nutritional bag moist. Two weeks after emergence, sprouts can be topped with 0.2% urea or 0.3% compound fertilizer. About 3 weeks after emergence, two true leaves turn green and mature, branches change from green to yellow-brown, and this time The best grafting period.
2 Grafting Methods The newly-grown fresh shoots of the year of the 10 to 30-year-old litchi tree were selected as the scions. The shoots of this new shoot have just turned green and the branches have just changed from green to yellow-brown, and the survival rate of grafting is high. New shoots that are too tender or too old will reduce the survival rate. The scion is best to use a shoot with 2 or 3 buds on the top of the new shoot, which will germinate quickly, grow quickly, and be easy to gain strong seedlings.
Using splicing method. Take the thick sprout seedlings, cut with a blade under a pair of true leaves, leaving anvil piles of 5 ~ 10cm long, from the middle section of the anvil pile longitudinal knife, a depth of about 1cm. On the opposite sides of the base of the scion, cut a long section from shallow to deep, about 1cm, so that the base becomes a wedge. The base of the cut scion is inserted into the mouth of the rootstock and bound with a film strip having a width of about 0 to 5 cm and a length of about 12 cm. Since rootstocks and scions are prone to dehydration and death, keeping wet is the key to survival. The method is to put the nutritious bag seedlings after grafting on the surface of about 1m in width. After the water is permeable, use a bamboo sheet or the like as the arch shed, cover it with a plastic film, and compact it with soil around it. Note that the length of the sorghum noodle can not be too long, about 5m can be, the shed can not be too high, so as not to pressure graft grafted seedlings, otherwise the moisturizing effect is not good.
3 After the grafting, cover the membrane cover and keep it shaded for two weeks to prevent direct sunlight from rising the temperature in the greenhouse. Keep the humidity in the booth above 95%. If the humidity is not enough, cover the water and cover it in time. Buds germinate 1 to 2 weeks after grafting. As the buds germinate and grow, the scattered light is gradually given. After 3 to 4 weeks, the leaves were mature and began to strengthen the ventilation and hardening of seedlings. After hardening, they were transplanted into the nursery to conduct routine management. 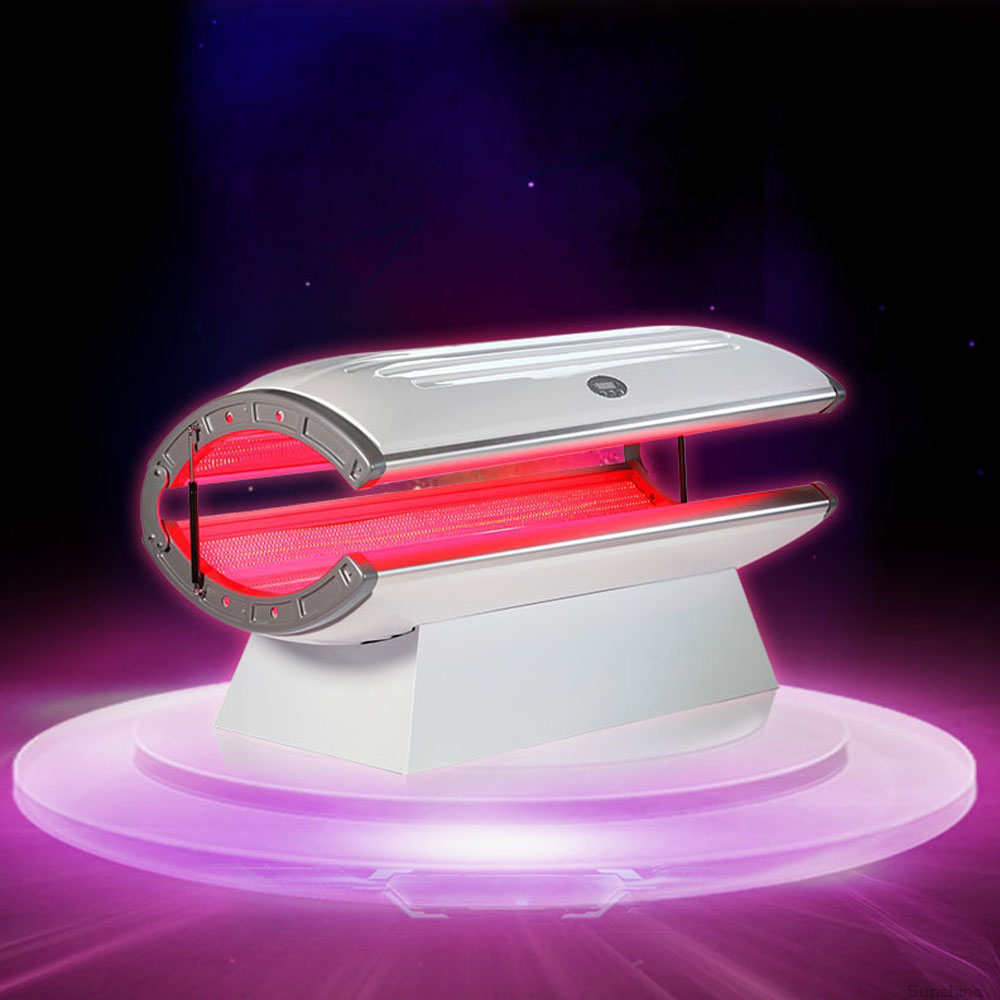 RED LED 633nm :   AIMS IN THE STIMULATION OF SKIN CELLS THEREBY
Triggering the release of adenosine triphosphate (ATP), a major energy source for most human cells;
Increasing the rate of RNA and DNA synthesis aiding in the regeneration of aged and/or damaged cells, and
Stimulating fibroblasts in the connective tissue which are responsible for collagen production, the essential protein that functions to hold cells together and promote skin elasticity and firmness.